Visitors attending dog shows, or strangers walking by often ask the question “What type of dog is that. I have never seen a dog like that before, how can that dog see and other numerous questions regarding our Black Russian Terriers.

Well today I am going to answer some of these questions.

During the Second World War, the Russian Military used their dogs to perform war tasks such as sniffing out bombs, guarding prisoners of war, acting as couriers to carry messages from one command to another command. As a result of these activities, many brave dogs died leading to a decline of military dogs.

The Russian government decided that they had to have a new dog which would be able to withstand the very cold Siberian climate, be a guard dog with nice attributes as having nice gait. So the Russian authorities made an edict that the Red Star Kennel, which was part of the Russian militia to undertake the development of this new dog.

The Red Star Kennel undertook this project by first breeding a Giant Schnauzer with a Rottweiler and then breeding the off springs to different breeds of dogs namely the Airedale Terrier, Caucasian Ovcharka and New Foundland Dog just to name a few. It has been reported that approximately 17 dog breeds were used to evolve to what is now known as the Black Russian Terrier.

The Black Russian Terrier is a large dog.

If one decides to show their Black Russian Terriers, there are specific rules pertaining to heights, grooming and other physical attributions with respect to this breed. One should familiarize oneself with the:

The Black Russian Terrier was bred to be a guard dog and as such he is one. It is his true nature. He knows the difference between danger and safety. He is a very intelligent and smart dog. The breed standard describes him as being all of and weary of strangers. As he is an alpha dog he needs to be owned not by first time dog owners but by owners who have had prior experience with alpha dogs. Obedience training is a must and must be started as early as three months of age and continues to when the owner feels that he is comfortable trained. Once he is settled with his family, he shows all his love and his real temperament for you.

The Black Russian Terrier has a double coat. It’s undercoat can be described as thick and soft while it’s overcoat can be coarse and wiry. It’s overcoat may vary from dog to dog depending on the dog’s pedigree and can be like human hair. The coat must be brushed at least every two days to keep it mat free.

Email ThisBlogThis!Share to TwitterShare to FacebookShare to Pinterest
Labels: The Black Russian Terrier 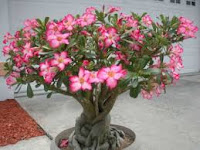 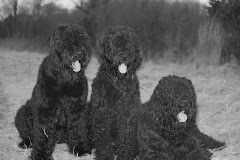 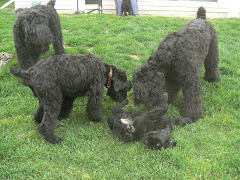